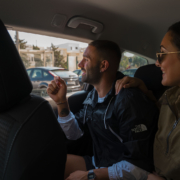 Malta must adopt a proactive approach in creating a way of providing platform workers with basic protection. It must also safeguard their human dignity, says eCabs CEO Matthew Bezzina.

COVID 19 has exposed the ugly side of gig work. This has left vulnerable workers exposed to the brutality of operating in an unregulated market.

As the pandemic tore through economies highly dependent on tourism and travel, ride-hailing drivers witnessed their incomes dwindle. This consequently forced them to work long inhumane hours in deteriorating conditions. It also provided opportunities, and accelerated the rise of delivery, creating industries requiring new skill sets and adjustments to pay expectations.

On the demand side, customers also crave the convenience of meals delivered to their homes and offices and taxi rides that are just a tap away. On the supply side, workers grasp the opportunity to work in a flexible manner.

The gig economy is here to stay. In the spirit of fairness and sustainability, Malta must adopt a proactive approach in creating a ‘third way’ of regulating platform/gig economy work, and provide platform workers basic protection from unforeseen economic cycles, seasonal shocks in demand, and on-the-job injuries.

A thriving business should never come at the cost of human dignity. Let’s not wake up when it’s too late. 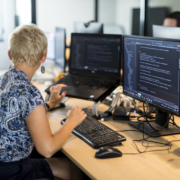 “People are the most important element at eCabs. In everything we do we seek a professional attitude and a consistent passion for the job to keep us at the forefront,” says Marvin Cuschieri, chief officer human capital and corporate services at eCabs.

Few might know that 20 percent of the 500 plus drivers employed by eCabs are women. That the company employs over 25 nationalities. That it has a team of in-house technologists. And a fully-fledged contact centre handling hundreds of customer interactions on a 24/7 basis.

Mr Cuschieri is a senior figure in the field of human resources, having occupied the role of CEO of the Foundation for Human Resources Development for six years. Now, as a member of eCabs’ top management team, Mr Cuschieri’s role is that of leading the human capital and corporate relations functions, covering the full spectrum of duties from manpower planning, administration, capacity building, systems implementation, business processes reengineering and facilities management.

“I say ‘recently appointed’ but really and truly, ‘recent’ is now already almost a year. I must admit, it took a bit of thinking to join eCabs. Transport and logistics was at the other end of the spectrum in my career and development pathway. But once I was exposed to the dynamic and technologically disruptive nature of the company and learned how the founders were devising to internationalise the business, I decided to embark on this journey and be part of this success in the making.”

He explains that eCabs is far from just a conventional cab operator. The company is considered as Malta’s largest and leading private transportation company. Since its inception, it has sought to revolutionise passenger mobility and how people commute on this highly congested island.

Over the last few months eCabs has ventured into events, expanded its corporate accounts portfolio and is now offering the full spectrum of people transport. It has also set up its own captive logistics software company, Cuorium. Adopting cutting-edge geo-spatial technologies, flirting with the application of AI in its operations and venturing into the uncharted territory of consuming big data to enhance its trip optimisation capabilities.

“HR is the only function that touches every single part of the organisation in all its aspects. From the drivers whom I consider as the front line of our organisation, to the contact centre agents. From the logistics controllers to the back office team, support service providers and the fully dedicated team of developers building and developing our unique ICT systems and infrastructure.”

Over the past 12 months, a lot has already happened within the company’s human capital structures.

“And so many more changes are coming up,” he adds. “Currently we are taking the company through a meticulous restructuring process at all levels. Perhaps one very important change is the way we are running our human capital. Being a strong believer in delegation, one of the very first steps was to build a stronger middle management structure that can bridge the gap between the vision and the front-line, while putting a stronger spotlight on the important aspects of the HR support services so vital for such a company employing such a large workforce.”

A more holistic way of training

He says the company is also developing a more holistic way of training its drivers and contact centre agents with better induction processes and feedback channels. Their logistic coordinators have been given the opportunity to follow academic diplomas in management, while the developers get the space they need to keep abreast with the dynamics of their specialisations.

“For instance, one of our developers was recently at the DevFest Berlin, an annual community-driven developer event organised by the 3 GDGs where he had the opportunity to attend a number of sessions across multiple product areas, all-day hack-a-thons, code labs, and more. The holistic and most unifying value that we are trying to instil is that all employees belong to a common vision and hence why they understand the importance of being professional in everything that they do and not to just meet customers’ expectations, but constantly exceed them. Quality is key for us, while passenger safety is paramount.”

Nourishing a positive work culture for people at eCabs

He points out that the company managed to build a strong recruitment pipeline by taking an innovative approach towards recruitment and striving to build models which can fit with those of the workforce.  “We have made efforts to reduce turnover by for instance allowing more flexibility, rewarding positive actions, creating a stronger team engagement, and instilling a strong sense of belonging.”

“The fact that the company operates on a 24/7 basis means it is in a position to give employees the flexibility they need, something other companies cannot offer,” he adds.

“What I love about HR? Seeing people grow within their roles at eCabs, teams of people pulling the same rope and coming up with their own initiatives, nourishing a positive work culture, having a diverse company not only in gender and age but also in terms of nationality.”

The Times of Malta